This is the main reason why this is one of my all-time favourite films despite its historical inaccuracy and lack of faithfulness to the original book by Jane Austen. It’s more of an artistic interpretation rather than simply a film adaptation of a classic. If one prefers a perfect dramatisation of the book, BBC has done a great job in producing Pride & Prejudice (1995), a six-episode British TV drama. But hey, Joe didn’t direct this movie in order to create a duplicate film and that what makes his’ outstanding. I’ve pointed out a few commendable skills and aesthetics I admire about Joe:

Joe’s cinematography is like a love letter to the English landscapes. He has always wanted the character’s proximity to landscape and nature as close as possible especially Elizabeth who was shooting for the stars with her risk of being with Mr. Darcy. He finds it heroic for the lead character to have her feet on the ground and end up achieving her pursuit for romantic interest.

This is one of those films with multiple point of views were taken into consideration. Everyone has become a spectator and a victim at some point. I believe that Joe has consciously included voyeurism as an artistic approach in order to deeply understand what the character’s are going through and how they perceive the events in their surroundings.

Joe as a director is very meticulous, he has admitted his like to minutiae, his obsession to details of everyday life, and I think it’s commendable to be this particular for a film. The trivial things he included makes the entire film deeper and more meaningful as you watch it over and over again. The rustic and plainness feel of the Bennet’s everyday things, the simplicity of their house decors, the kinds of food they serve on their table, and the differences in the gestures of different societal classes, all reveals a lot about who they really are.

In terms of characters and their developments, he has portrayed their individualities, choice of words, expressions, familiarity in relationships, familial habits and the evolution of their character’s costume design.

I will just leave this quote right here which perfectly describe how the costume design has been created for this film:

“I find empire line dresses are very ugly, so I did some research. Although the novel was published in 1813, Jane Austen wrote her first draft of “Pride and Prejudice”, then called “First Impressions”, around 1797. So we used the fashions of the earlier period, where the waist on dresses was lower and more flattering. When Caroline Bingley appears, she would obviously be wearing the latest creation. But Mrs. Bennet’s dresses are earlier than 1797, and Lady Catherine’s are even earlier, because those two would have best clothes from previous years in their wardrobe.“

Costumes are one of the best, easily spotted, telling things in a movie but often to differentiate between characters. In Pride and Prejudice (2005), it’s used to show the evolution of a character. It was mind blowing when I first noticed it years ago and it stuck to me until today.

Throughout the film, Mr. Darcy has evolved from a proud, snobbish and reserved gentleman, to apologetic, humbling and expressive fellow towards Elizabeth. His expressions and body gestures have drastically changed too. He started to smile and be more courageous in being open as an individual and his clothes reveal this change. From his uptight collar in the beginning, to his unbuttoned and loose shirt in the end.

Joe has also portrayed how a common family like the Bennet’s would normally act on everyday life. Their unrefined table manners completely shows the difference between classes in society but also shows the deep familiarity between family members who care about each other.

Hands are also one of the most important tellings signs in the film. Physical contact was kept to a minimum and Joe has taken in great consideration the importance of showing hand gestures to portray the meaning and expressions of each character involved. It’s astounding how electrifying every scene has been portrayed shooting different emotions at play.

The dance scene that is one of the most important scenes in the entire film. This is where the conflict has arises. In a time where physical contact can only happen through the dance, dancing is a very intimate activity between a couple. It’s sensual, electric and full of charge in a short time period of dancing in a very formal structure. The sexual chemistry between Mr. Darcy and Elizabeth was present and very much alive while exchanging sarcastic remarks. There were so many factors at play in this scene and unconsciously, their relationship leaped from merely acquaintances to troubled couple-in-the-making while doubting their own prejudice against each other.

Again, Joe used voyeurism in order for the audience to intrude at this particular intimate moment between the couple. The camera angle didn’t change all throughout the dance and was carefully following Elizabeth as she twirls and moves around the hall. Following the first few sequences, the intensity of the scene became more tensed as the music increased its volume and intensity. Their witty and sarcastic remarks grew more fierce as they exchange sharper gaze against each other. And finally, the intensity reached its peak as the confrontation between the two stopped them from continuing the dance. The particular camera angle and technique has lead to inspire the entire movie of Anna Karenina (2012).

This film overall is circular. It’s definitely not one of those films that has an open ending. It completely starts and ends with a sunrise as it open and closes the chapter of Mr. Darcy and Elizabeth.

Joe’s comprehensive take in composition of the entire film is both admirable and commendable. His great deal in aesthetic and obsession with details in every angle and every aspect are very impressive. I hope he makes more films as thoughtful as this and he needs more recognition in his field. I can’t wait to watch his upcoming film The Darkest Hour (2017) which will be released this year.

*Source: All images were taken from my favourite Tumblr blog Pemberley-state-of-mind.tumblr.com 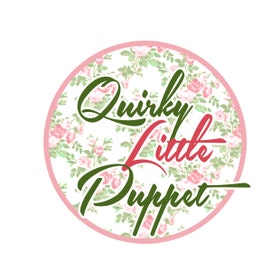